Comic shop owner isn't a job, it's a CALLING, in this full color, done-in-one-issue story exploring 50 years of comic book history! Comics helped Steve through some tough times growing up and he turned his love of the medium into a comic shop business. But is it worth the toll it takes on his family? Written by Gary Scott Beatty, and featuring the return of Aaron “Adventures of Aaron” Warner to comic book illustration! 32 pages, full color, $3.99. JAN221646

Preorder NOW at this link! 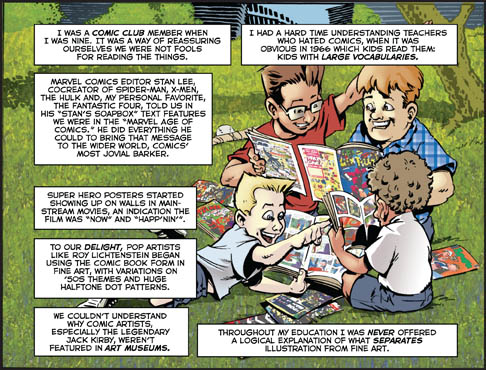 Above: Steve and his friends form a comic club. In Number One, Gary personalizes comic book history by looking at it through the eyes of those living through it. Click to enlarge. 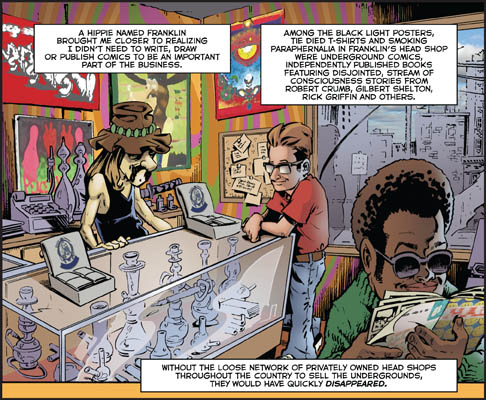 Above: Steve learns retail and sells underground comics at a local head shop. Encouraged by his grandfather, Steve began buying comics at antique stores to sell at flea markets. Click to enlarge. 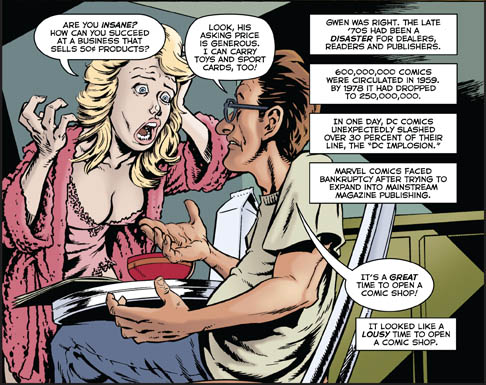 Above: Steve talks his wife -- and himself -- into buying a comic book store. Number One isn't every retailer's story, but it's certain these kinds of kitchen table conversations occur. Click to enlarge.

Read What Comic Book People Are Saying About Number One!

“…nothing short of a masterpiece…Number One is a raw, emotional tearjerker with a powerful message about what it means to earn true success. …an all-time classic…”
– Shawn Perry, Bleeding Cool

"Number One…captures the passion and drive that has motivated so many of us to stay with the field that we love through both the good times and the lean years…It's a moving story of the desire we all have to find a career that inspires us, rather than a job that just pays the bills. I hope everyone who's ever worked in a comic shop, patronized a comic shop, or dreamed of owning a comic shop gives this book a read – they'll be glad they did!"
— Cliff Biggers, Owner of Dr. No's Comics, Editor of Comic Shop News, comic fanzine pioneer

"…well written, engaging, entertaining, and even informative to someone who has been selling comics for 23 years."
— Rick Shea, Owner of Famous Faces and Funnies

“Beatty and Warner’s story doesn’t gloss over the details, and shows both the positives and negatives of becoming a comics retailer.”
— Chris Arrant, Robot 6

“…Number One…serves to remind us that not every comic book shop is a dank, cluttered mess staffed by prejudiced troglodytes…and that smart management and a focus on providing excellent customer service can allow a brick-and-mortar comics retailer to survive, and even thrive…”
- Zedric Dimalanta, Geeksverse

“…you should absolutely check it out if you have EVER had the argument about ‘why you still like that stuff.’ Gary Beatty makes the case for comics fandom eloquently and with humor, and he doesn’t shy away from the down side of it, either. A story like this one absolutely turns on character design and facial expressions and Aaron Warner just knocks it out of the park here. Great stuff.”
— Greg Hatcher, Comic Book Resources

"I’m gushing about it because it is great, all around. I loved it from start to finish. There’s a lot of history a lot of comic book readers can identify with. There are so many cool moments here…it’s just an awesome book."
— Jon Runyan, acomicbooklook

Join the email list below for updates about Aazurn Publishing projects! You can easily unsubscribe at any time.